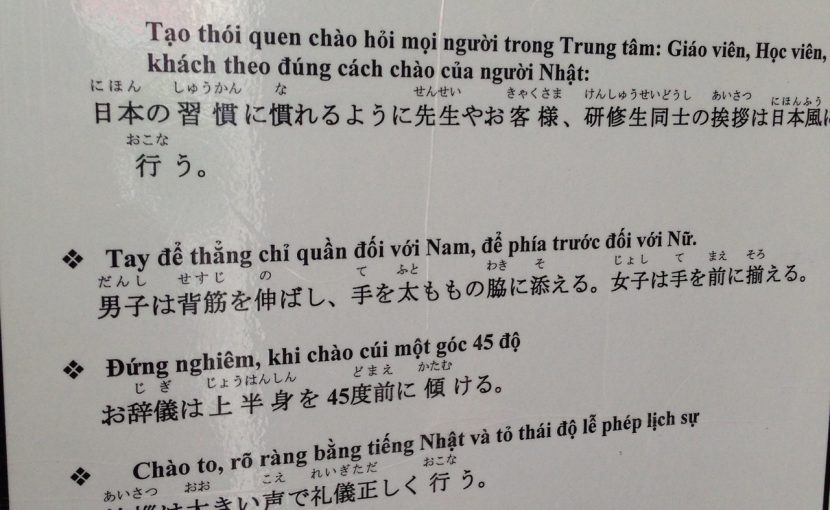 For the first time in last 4 years, I visited Hanoi.

I faced lots of surprise there.

First, I didn’t need to fill out the immigration paper when I arrived.

As soon as I arrived at the airport, I saw the big signboard of Taisei-construction for the extension construction there. The road from the airport to Hanoi city became much better than 4 years ago.

We had three purposes of this visit. The observation of ITM company, a Hanoi local company (attended by NC Vietnam) and an industry of Japanese small and medium enterprises.

ITM provides Japanese language education to Vietnamese staff who are going to be dispatched to companies in Japan.

I would like to introduce one of the most interesting ITM’s projects.

It is to accept Japanese volunteers to their company as the teachers of Japanese language. The trainees are those who already decided their jobs in Japan and are learning Japanese for their future jobs. The volunteering period is three months, and what they are provided are lodges, meals (lunch and dinner) and traveling expenses to Hanoi from Japan. Their task is mainly to support Vietnamese teachers teaching Japanese to the trainees.

There is no age limit, and most of applicants are who already retired.

The Qualification for Japanese teacher is not necessary.

The school principle is a Japanese man named Mr. Yamada. He has interviews with applicants on skype and makes a final decision. That is similar to what I’d like to achieve non government diplomacy which many retired people who still have enough ability to make great efforts for younger generation.

<Translation of what the photo shows.>

To get used to Japanese custom, greet like Japanese to teachers, guests, between trainees.

-Men should stay with a straight back, put hands side of thigh. Women should hold the hands front.

-When you bow, lean your upper half of body 45 degrees forward.

-When you greet, greet with louder voice and politely.

Information for volunteer teachers (except the application requirements) 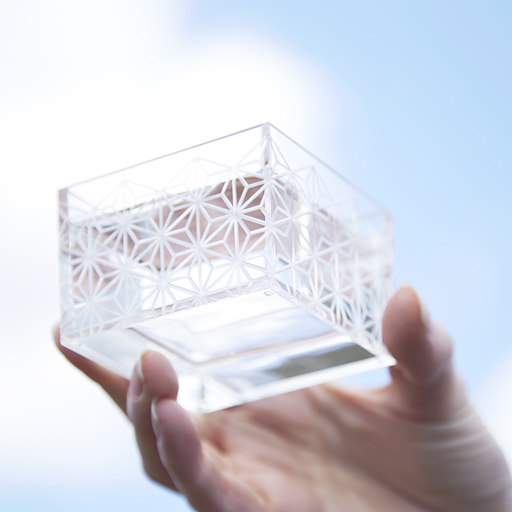